The Grand Wailea is the most spectacular resort hotel on Maui.  It has the most elaborate and numerous and beautiful pools, with separate pools for adults and children and families, many water slides and bridges, a water elevator, swinging rope, play and game areas, a pool with a sandy beach, decorative pools with fountains and waterfalls, and more, covering 40 acres.  The huge open-air lobbies have beautiful large sculptures.  Phone 808-875-1234. 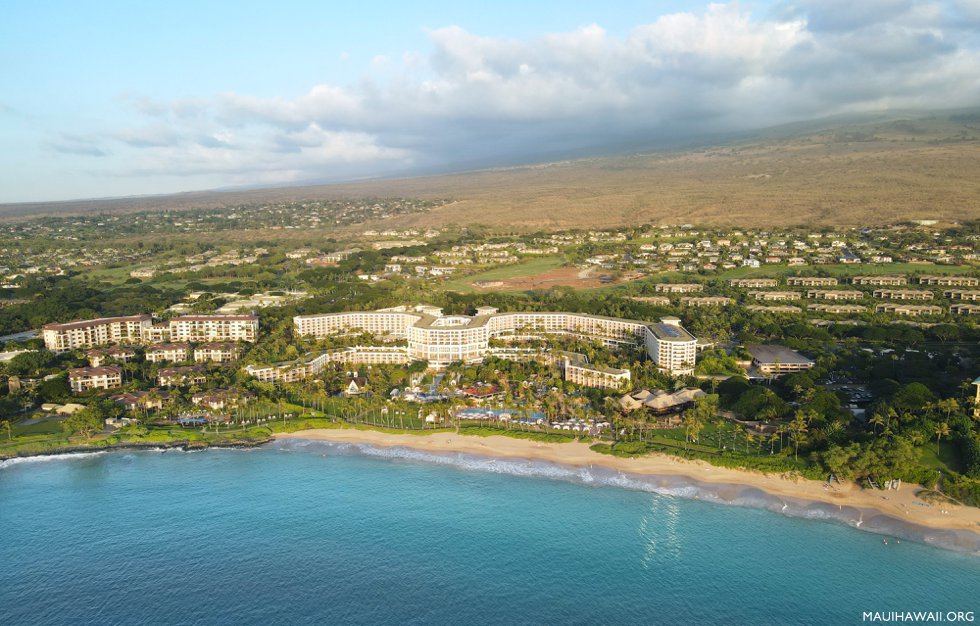 The rooms at the Grand Wailea Resort Maui are good but rather ordinary, considering the high price you have to pay to stay there.  Most of the 787 rooms have ocean views.  But most of your money is going for the pools and lobbies and beautiful expansive grounds.  You are not allowed to use the pools at the Grand, or any hotel if you are not staying at that hotel.

The Grand Wailea is part of the Waldorf Astoria Collection, which is one of the Hilton Hotel brands.  So you can use Hilton HHonor points to stay there.  (There is no actual Hilton hotel on Maui.)

The Grand is in Wailea, the upscale resort section of South Maui.  This part of Maui gets a little less rain than West Maui, but that makes the undeveloped areas around the resorts look more brown and dry, not as lush and green as Kaanapali and the west side of the island.

The fine-dining restaurant in the Grand Wailea is Humuhumunukunukuapuaa (named after the Hawaiian state fish). Its tables are arranged in thatched-roof pods in a lagoon. Other restaurants here are Bistro Molokini, Cafe Kula, Grand Dining Room, and several bars and lounges.

This is a great hotel for families. There is a camp for children, a teen lounge, and a cultural tour,  in addition to the above-mentioned rope swing, water slides, water elevator, pool with sandy beach, plus a long artificial river to float down. 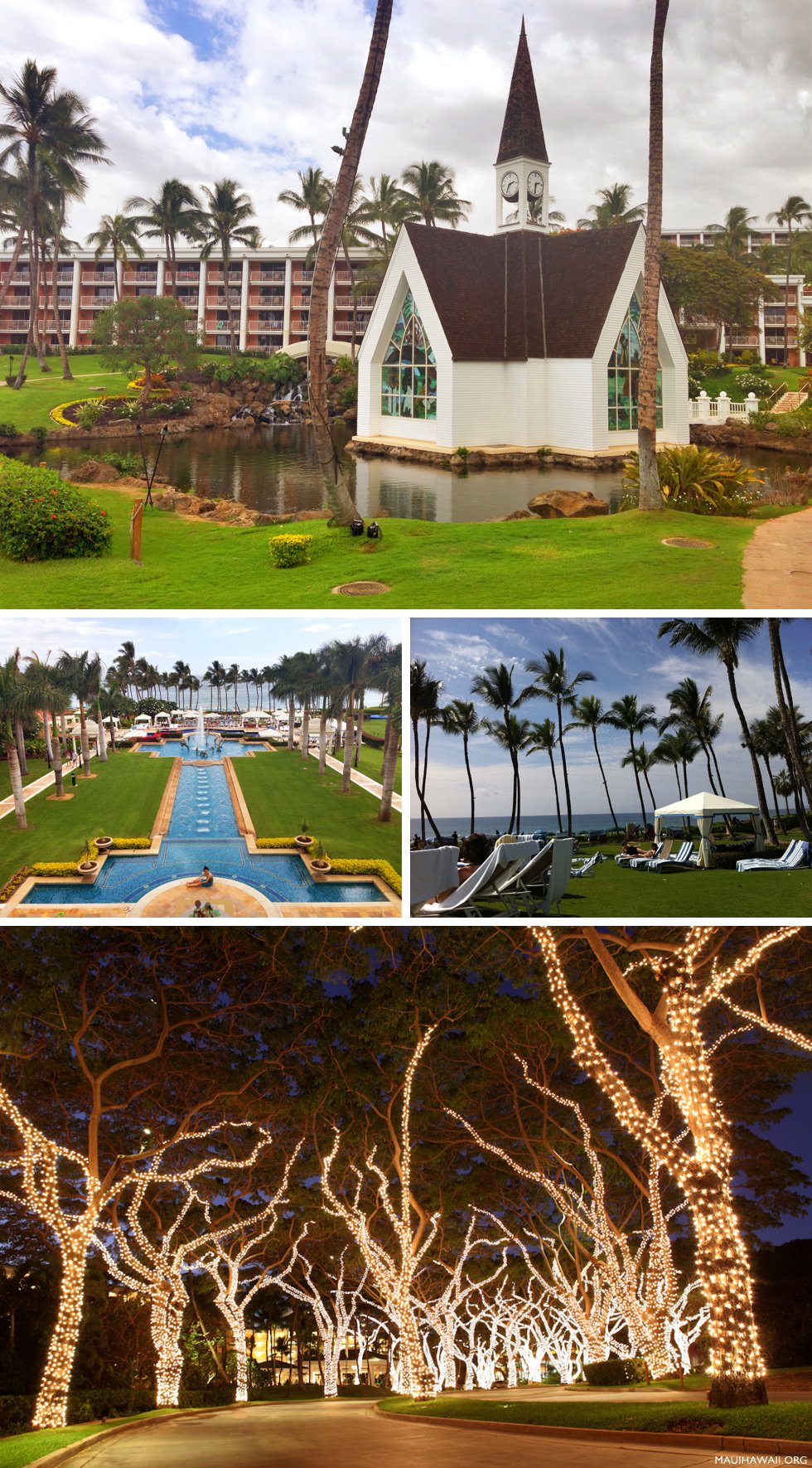 A 2011 movie with many scenes filmed at the Grand Wailea (and with beautiful aerial views of this hotel) is Just Go With It, with Adam Sandler, Jennifer Aniston, and Nicole Kidman (available for rental or purchase on DVD).

If you are bringing your kids to Maui, and you don’t mind the expense, then the Grand Wailea with its fabulous pools is a great place to stay.  Or for reviews & photos of other hotels on this side of Maui see South Maui hotels.

Whether you’re staying at the Grand or just want a spectacle, check out the Grand Wailea Luau. I’ve been to this luau more than most of them, and we love it every time.

History of the Grand Wailea

When this hotel was built in 1991, it was called the Grand Hyatt Wailea and was said to be the most expensive hotel ever built, costing $699 million. Room rates then were $350 and up per night. In April of 2018, the hotel was sold from one investment group to another for $1.1 billion, the second most money ever paid for a hotel.  At that time, room rates were $660 and up, plus a $30 per day resort fee, plus $30 per day for parking.

Details of features of the Grand Wailea

According to a Maui News article in March of 2018, and the hotel’s own website, “The hotel grounds feature a 262-foot lava slide that takes a rider 14 seconds to drop three stories and reach speeds of up to 22 mph. There’s also a Wailea Canyon activity area with nine pools on six different levels covering 25,700 square feet, all connected by a river that carries swimmers along whitewater rapids and gentle currents. The area has four jungle pools, five intertwining slides, a Tarzan pool with a rope swing, a sand beach, six waterfalls, caves, three Jacuzzis, an infant pool, a water elevator, and a swim-up bar.  The 50,000-square-foot Spa Grande has a fitness center, 40 treatment rooms, a Roman tub, saunas, cascading waterfalls, Swiss jet showers, a Japanese furo, and five specialty baths.”